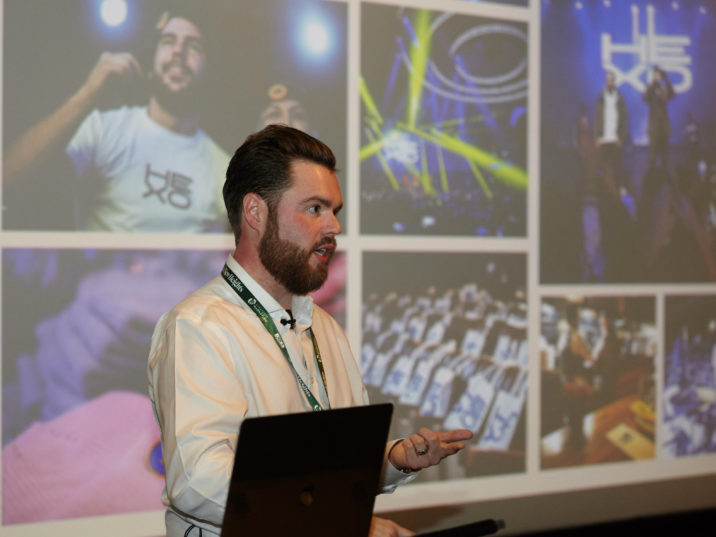 If there’s an underlying pattern to pinpoint in the cannabis industry, it’s the fact that this niche industry is getting even more niche.

A few examples from the recent past include a spotlight on an exclusive networking space for women at cannabis conferences, including entrepreneur Rachel Colic’s Boss Lady of Cannabis database; then there was the launch of Canada’s first network solely for cannabis HR professionals.

On Jan. 17, marking 90 days since the legalization of recreational cannabis in Canada,  there was a cannabis summit, titled New Heights Cannabis Marketing Summit 2019, presented by JLM Strategic Marketing Inc.

With over 20 years of experience in Integrated Marketing and New Business Development, Jennifer Mason, president of JLM Strategic Marketing Inc., is no stranger to bringing people and ideas together. But when it comes to marketing in the cannabis industry, one that she officially entered in summer of 2018, Mason admits she saw a gap, one that resulted in organizing the first marketing summit.

“We couldn’t find anything that was dedicated to marketing; there are certainly a great many cannabis conferences and expos, but nothing that was focused solely on marketing,” she says. “The cannabis industry is extremely restrictive in terms of marketing rules and things are changing on an ongoing basis. That’s when we thought it would be great to organize an event that could focus on what the industry can and cannot do within the restrictions. Most importantly, how can one be creative when working under the strict framework?” she adds.

The one-day summit took place at CN Tower with presentations, sessions, and networking opportunities for people from various sectors of the industry. The attendees comprised representatives from licensed producers, retailers, advertising agencies, government offices, investors, and the tourism industry, to name a few. Explaining the choice of venue, Mason says, “I was looking for an environment, where you could have a sense of intimacy.” With a cozy set-up at CN Tower’s Maple Leaf Theatre the 140-capacity auditorium was sold-out in no time. “It was also better to have an event that was sold out than an event where the room was half full,” she says.

Here are top highlights from the event:

The retail game in Canada is as strong as ever

“Each of us has a huge responsibility, and privilege, to shape this industry.” @ThomasDyck_me CEO of @mihicannabis #CMS2019 pic.twitter.com/Ynx4UDm0E7

Whether it was the aesthetically pleasing store designs of mīhī, backed by Canadian based private equity firm BlackShire Capital Corp., or the unique music-cum-cannabis experience by Alberta-based Prairie Records, one thing was quite apparent: Canada’s game when it comes to pot shops is one to watch out for. Having been an illegal drug for such a long time, accepting cannabis as an everyday norm requires a mind shift, one that Mason feels the retail concepts of mīhī and Prairie Records brought to the forefront.

“What I loved about the two brands is that even though they are very different, they want to be good neighbours and be part of the community. Prairie Records is doing that by providing music and cannabis as a combined experience and targeting a more youthful and sophisticated clientele. mīhī, also had a unique approach. With a focus on knowledgeable staff and the right attitude, the company has an interesting way of displaying their products too,” says Mason.

No matter what happens, Hexo is #neverjaded

Launched in 2013, Hexo Corp., formerly known as The Hydropothecary Corp, is an adult-use cannabis brand based in Gatineau, Que. The company is the manufacturer of Elixir, the first Health Canada approved cannabis oil sublingual spray in Canada, that received Lift & Co. Canadian Cannabis Awards for “product of the year” and “innovation of the year” in 2018. The company’s #neverjaded marketing campaign also won Adcann Canadian Campaign of the Year in the 2018 Advertising Awards. What makes this award-winning company tick? “Fill the room with people smarter than you,” said Adam Miron, co-founder and chief brand officer of Hexo Corp., during the session.

When it comes to managing risk, knowledge is power

With the industry always evolving, it can be a challenge to keep up with the stringent regulations and understand what your risk tolerance is when it comes to compliance for advertising and marketing. This panel served as a launchpad for attendees to ask their burning questions. Moderated by Samantha Slattery, account executive at HUB International, the panelists for the sessions were Richard Anderson, executive director of Smart Serve Ontario, Megan Henderson, executive producer of The GrowthOp, and Matt Maurer, partner, and vice chair of the cannabis law group, Torkin Manes LLP.

Cannabis industry knows how to have fun

Then there was a fun and interactive game, the prize for which (a goody bag) was presented by Neal Brothers, Up Cannabis and Hill Street Beverage Company. Teams comprising five members each were divided into Team Guzman and Team Escobar. In a style similar to ‘Family Feud’, and hosted by Marilyn Barefoot, founder of Barefoot Brainstorming, both were asked to correctly and quickly answer cannabis-related questions that came up on the screen. The one who hit the buzzer first got the lead. After a round of five such sets, Team Guzman was declared the winner.

A post shared by JLM Strategic Marketing (@jlmstrategicmarketing) on Jan 21, 2019 at 3:00pm PST

The event concluded with cocktails at CN Tower’s The Looking Deck providing people an opportunity to network. “The content and calibre of some of the speakers was probably the best feedback we received from most attendees.” But the greatest compliment came from Terry Donnelly, CEO of Hill Street Beverage Company Inc. Mason says, “Even though Donnelly has been to a million of these events, he admitted that he usually spends 90 percent of his time on the phone, but it was the opposite of that for him at this summit. That was a great compliment.”

This content was originally published by TheGrowthOp on January 25, 2019.