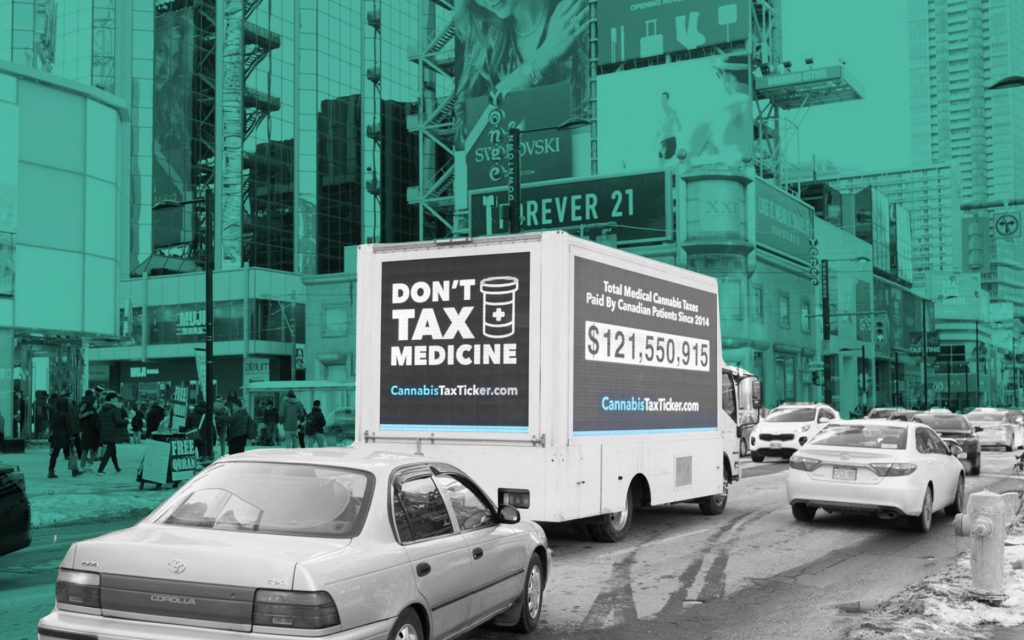 This Week in Cannabis: Top Stories From Across Canada From Feb. 15-21

D-Day for Battle Against MED Taxes

Canadians for Fair Access to Medical Marijuana (CFAMM) ramped up its #DontTaxMedicine campaign on multiple fronts this week. They began with a full-page ad in the Ottawa Citizen demanding the removal of excise and sales taxes from medical cannabis, supplemented by billboard/bus-stop ads around Toronto.

Before the campaign, I spoke to CFAMM founder Jonathan Zaid (now Aurora’s director of advocacy and corporate responsibility) for WeedWeek Canada. Zaid made no secret of the plans to press the Liberals hard to remove taxes from medical cannabis ahead of both the 2019 budget and the fall election. “Medical cannabis is not a product where the government should be trying to restrict access to reduce consumption,” he told me. “If a physician is prescribing a certain amount of cannabis, then a patient shouldn’t be further restricted from that access because of an arbitrary sin or excise tax on it.

This week’s attention-getting calls for tax-free MED may well be the harbinger of a whole year of aggressive efforts from medical advocates. You can join in by writing a letter to your MP at CFAMM’s Don’t Tax Medicine website.

Toronto Medical Officer of Health Dr. Eileen de Villa pushed the federal government to ban all cannabis edibles that could appeal to children. These include everything from candy-flavoured cannabis vape products to candies and gummies in shapes or colours that might be attractive to children.

She said she was responding to the high rate of accidental cannabis-intoxication cases in the US, in which edible products have been in many cases scarcely regulated in both packaging and dosage potency. Health Canada’s packaging regulations, however, will make it nearly impossible for children to mistake cannabis edibles as ordinary candy, gummies, or baked goods.

The proposed 10mg cap on THC per package, which the industry has complained as too low for many, will meanwhile make it significantly more difficult for anyone to accidentally ingest a massive dose of THC. Nonetheless, Dr. de Villa stressed it was important to think first of how children will interact with edibles. Accordingly, she asked Ottawa to ban ads for vape products any place children might encounter them, and also to ban “marketing materials showing cannabis use in movies and video games.”

Smart Approaches to Marijuana, whose Virginia-based Chief of Staff Luke Niforatos complained to CTV News “If there are kids that are congregating at the mall there absolutely should not be a marijuana shop anywhere around there.” Locals interviewed about the shop, however, expressed no concern about it. The mall already has a liquor store, several tobacco shops, and a casino.

This content was originally published by Leafly on February 22, 2019.